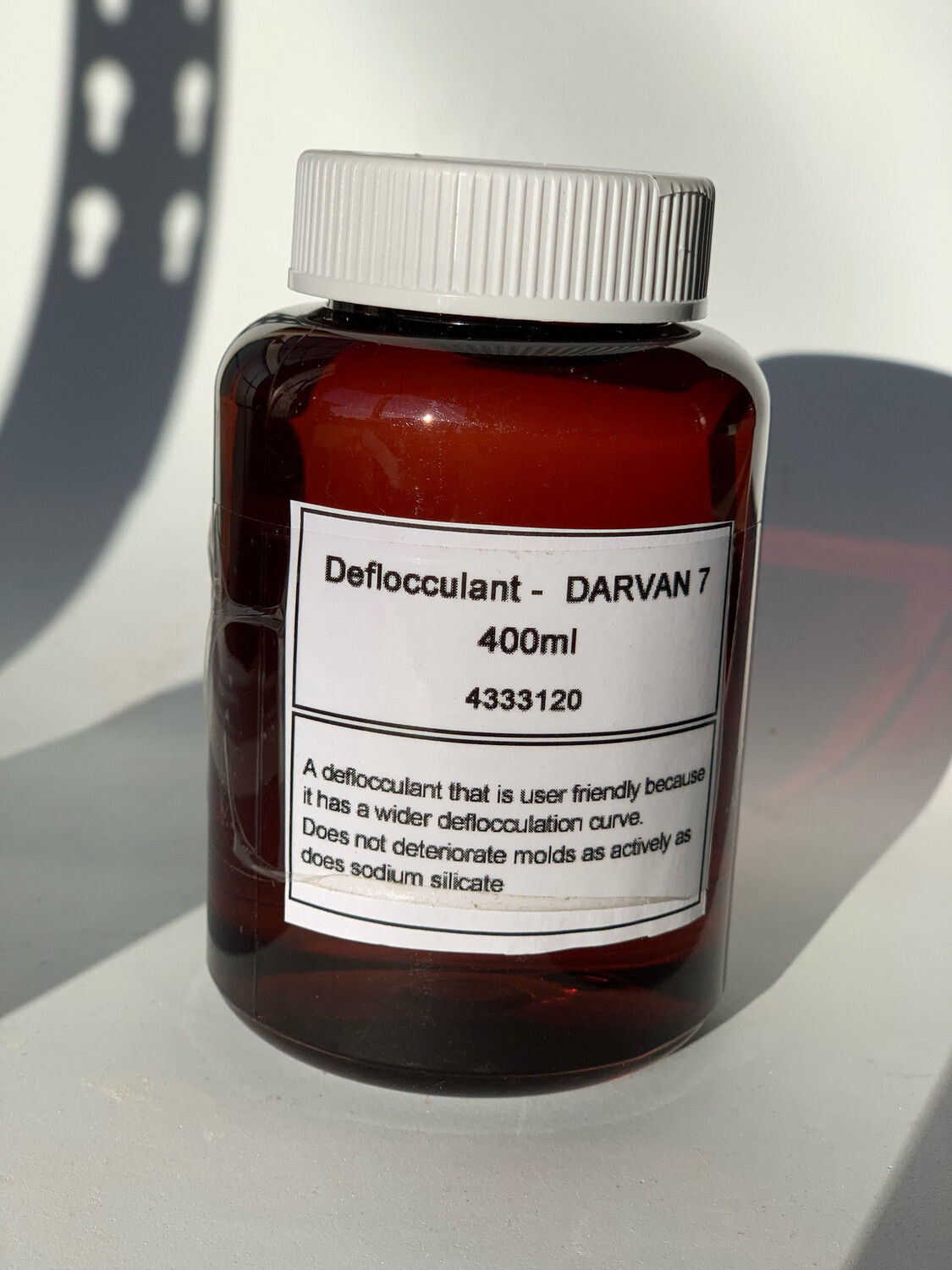 SKU 00061
$16.05
Acts as a thinning agent in slips and as a general dispersing agent for clay bodies and glazes
In stock
1
Product Details

Darvan 7 is a deflocculant that is similar to sodium silicate. However, unlike sodium silicate, Darvan 7 does not erode plaster molds. As a deflocculant, Darvan 7 weakens the electrical attraction between clay particles and thus acts as a thinning agent in slips and as a general dispersing agent for clay bodies and glazes. It is mainly used to enhance the fluidity of casting slips and maintain or slow the shrinkage rate. Darvan 7 is typically preferred with porcelains and high iron content clay.

Slips that are prepared with Darvan 7 show little tendency to thicken on standing, which is why it is often used in glazes. Darvan 7 can also be added to joining slip, which is ideal because it allows one to use less water and results in less shrinkage at attachment points.

Note: Darvan will be damaged if frozen.

Save this product for later
Display prices in: NZD